I am trying not to beat myself up about not journaling more, despite repeatedly telling myself I need to do so more often. At the same time, I am pretty damn good at beating myself up about my shortcomings - heck, I'm a fucking rockstar at it, really.

But I digress and wanna focus on the movement, not the stagnation, when it's all said and done.

At any rate, I got out to my first live music event since - quite literally - the weekend before lockdowns were called where I live. That's over a full two and half years ago. Almost three years ago, actually. For someone who wewnt to see live music at least one night each and every weekend, sometimes both nights and often days during the week as well, it's been a fucking long time coming. Funny how so quickly we humans can get accustomed to a new routine, a new normal, as it were. At first it really sucked, but by six months into lockdown I had nearly forgotten about live music. The whole scenario had shifted. People figured out streaming events, for example, and the distraction from and fear surrounding the pandemic sort of erased the ritual of live music - I called it "going to church" (not in a religious way, but most certainly in a spiritual one) - from my mind and routine. 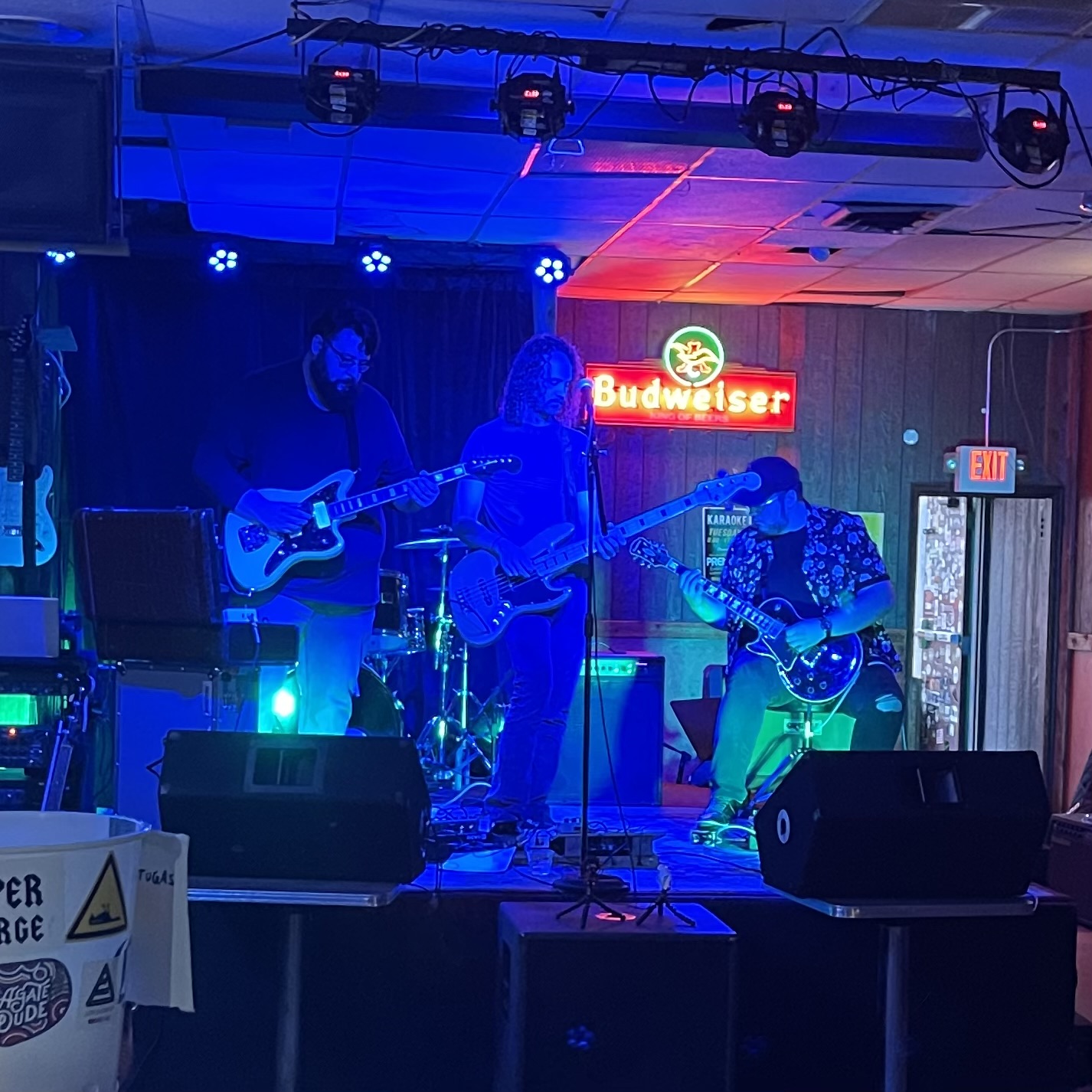 I worked a late shift so we arrived just as the first band had finished their first song. I was not previously familiar with the first band but had heard good things. Unfortunately, I heard the band also lost their drummer like a day or two before the show. I was familiar with what kind of music to expect, so hearing they wouldn't have a drummer and were still doing the show I was a bit cautious but also very interested to see what they would do. After the absolute shitshow that was my day at work, walking in to them opening the show was a very welcomed way to end the work day and switch gears into weekend mode. Surrounded By Water is a post-rock band and for not having a drummer they played an amazing and emotional and moody set. For the most part it was just two guitars and a bass working on these long melody evolutions and tinkering around with morphing tones from clean to distorted in such a slow and ebb and flow fashion that it was easy to get lost in the waves. A couple of times they cued up some programmed drum patterns that were dialed in just perfectly and so sparsely used that it served only to elevate what the guitarists and bassist were doing. No vocals. Just a real chilled out and introspective and moody vibe. A great way to end the work week, a great way to enter the evening - and my first live show in almost three years. 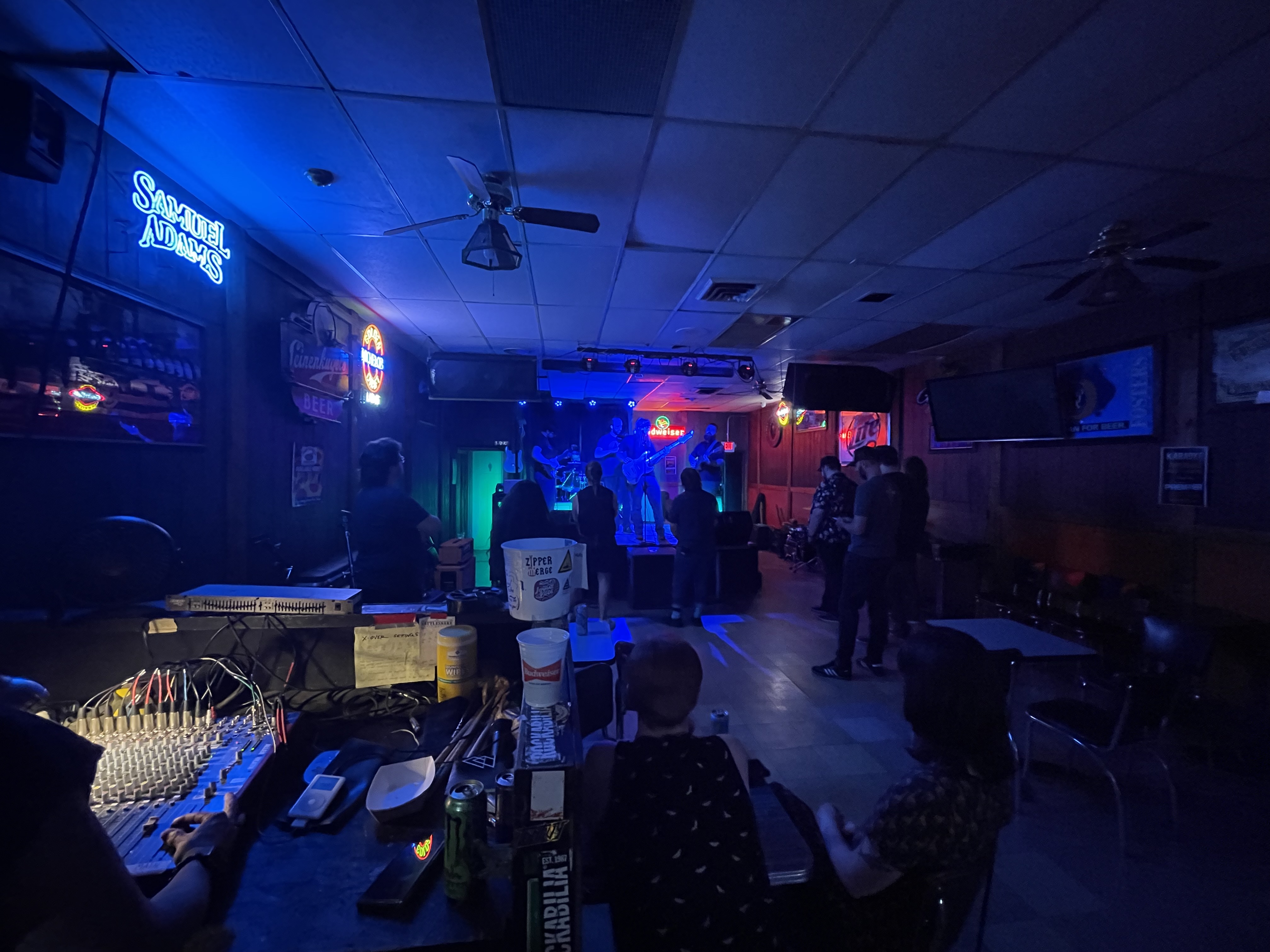 Next up was Longwinter. The reason I was at the show. Also billed as post-rock, I'd consider them more post-metal. Their albums "Fires In Paradise" and "Burning Season" are masterpieces you should go listen to and buy. At any rate, there was a pretty big intermission between Surrounded By Water and Longwinter, as Longwinter was waiting and hoping for more people to show up. Can't blame 'em, there were only about fifteen people for the Surrounded By Water set - so I actually have to, again, give them props for their amazing set considering the lack of drummer and lack of people in the audience, they still put their all into their set and it showed. But I digress. Before the extended intermission between the two bands, Longwinter setup and did soundcheck and basically played a whole ass song 100% improvised on the spot for the soundcheck and it was fucking amazing. I drank a few Hamm's during the intermission, smoked a few cigarettes, hit the ole weed pen a bit, and just enjoyed being out. 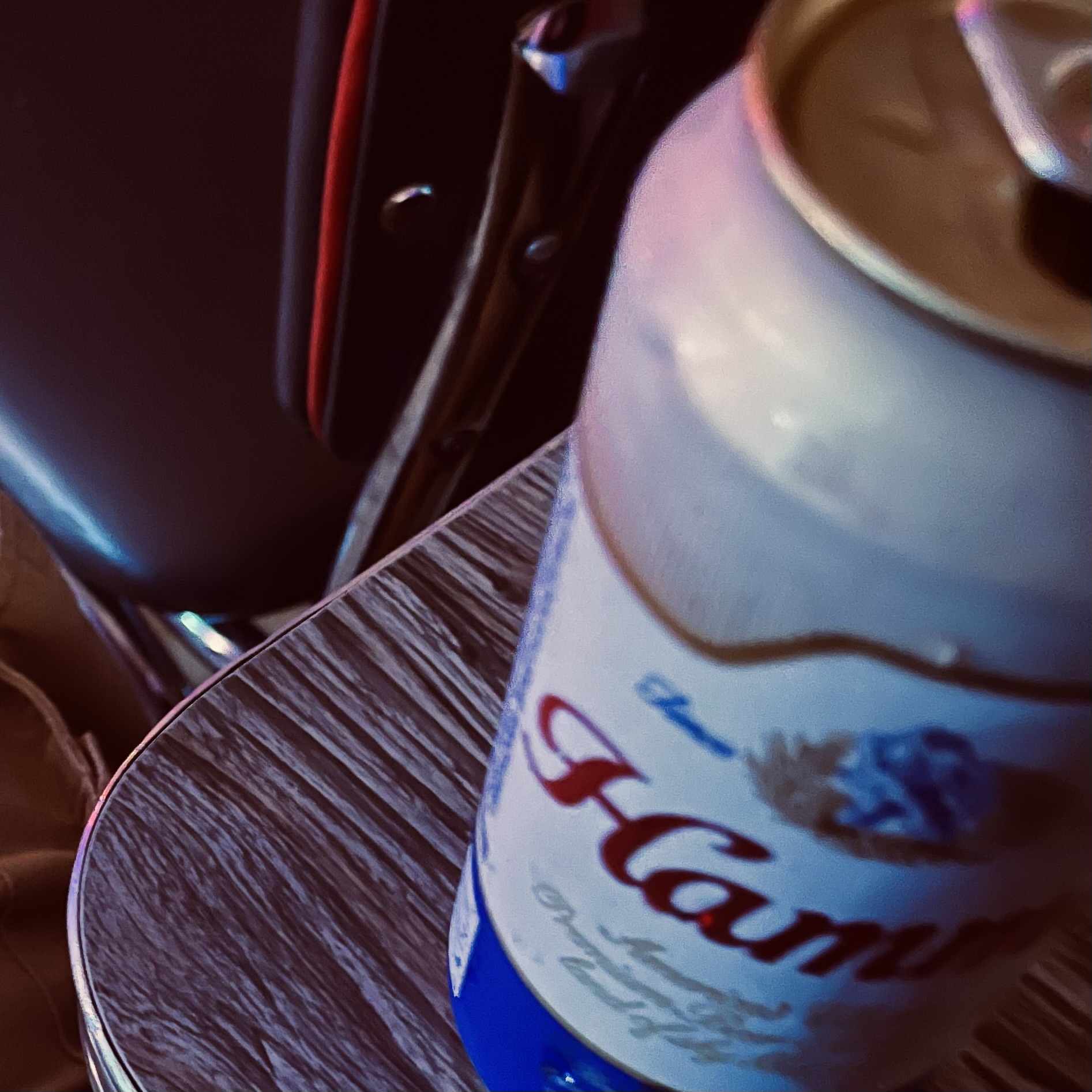 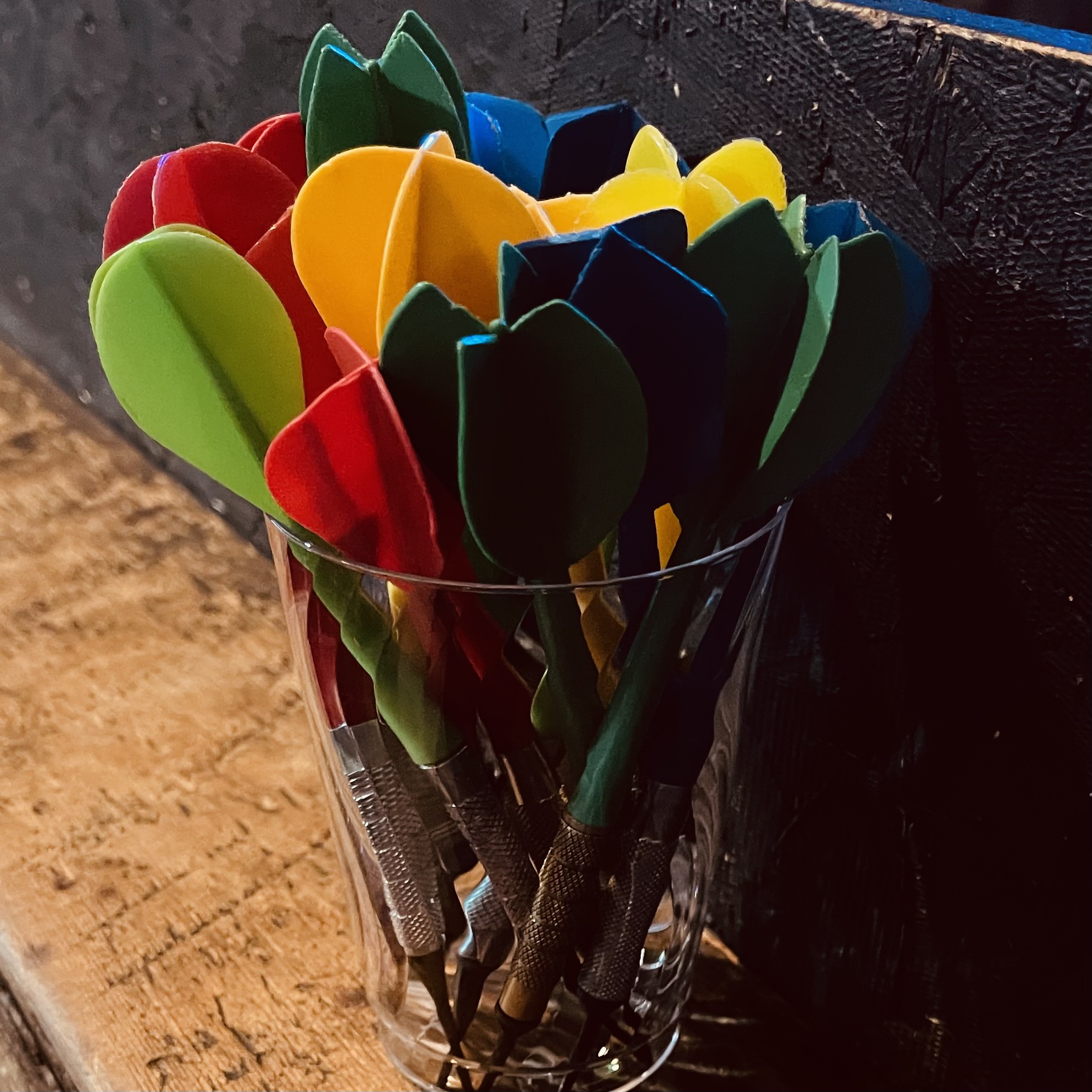 Longwinter took the stage and it was game over.

I took that video from the bar side, not the music side. As such, the sound is not the best. It's so weird how just a partial wall can effect sound so much. Anyhow, Longwinter were absolutely incredible and such a pinnacle of the evening back to live music in almost three years. I had no idea what I wanted out of my first live music experience in the wake of pandemic life, and I'd thought about it often enough without obsessing about it in the slightest, and I never ended up on a thing or theme or vibe or idea or anything. But Longwinter live was it. 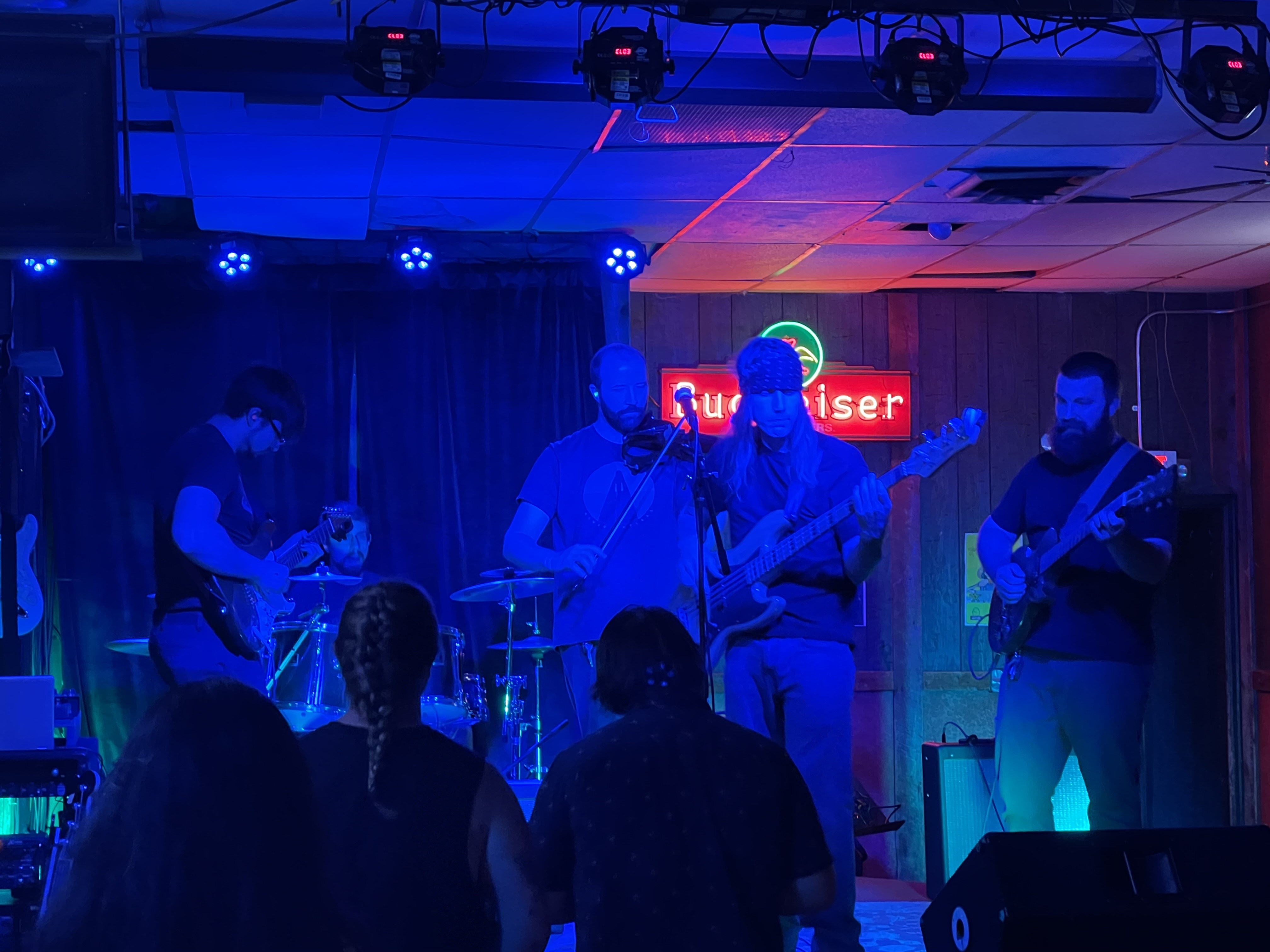 Longwinter played a nearly hour long set of some of the best live post-rock and post-metal I've ever experienced live, full stop. Vocalists have their place, and most bands I enjoy in the post rock and.or metal genres have vocalists and most of those vocalists are female. Longwinter does not have a vocalist, they are a 100% instrumental post-rock / post-metal band. Where I would typically look for a vocalist to fill a void in a post rock or metal band, there is no need with Longwinter. Longwinter are gifted at crafting long and emotinally heavy and sonically heavy tunes, most clocking in or around the ten minute mark. Some are even - and justifiably - longer. This five piece band is exceptionally gifted at craftinbg big audio experiences. And they play them live impeccably well. I go so far as to say that Longwinter records definitely need to be heard, but to truly appreciate their musicvianship, you need to see them live. What an experience. Their drummer is a machine, their two guitar players are like some sort of weird separate but singular entity, the bass player is subdued yet fierce performer, and the violin player rides the whole ass wave of whwat those guys do to deliver something truly remarkable and unlike most things you've heard. 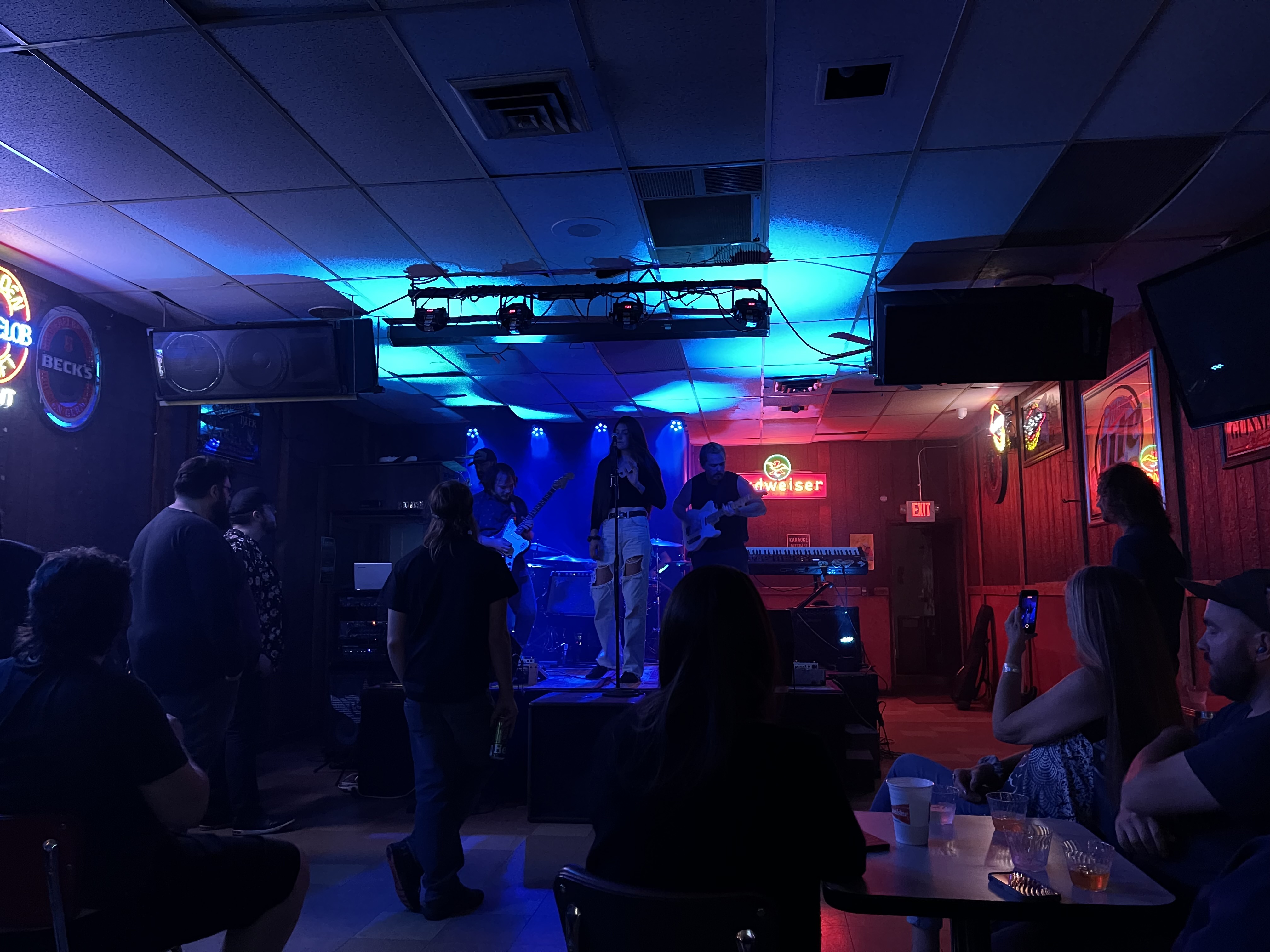 Black Flak and the Nightmare Fighters took the stage next, the "headliners" as it were, and they were not good. I think the band could be good. But they aren't. At least not live. It looked like one the guitar players was on speed, especially when he went to play keys on his weirdly setup keyboard. The other guitar player looked like he was on coke and touching down to do another bump with each head nod. The bass player looked like he was about 25 years older than the aforementioned band members and appeared to be some sort of elder. He was clearly guiding the vocalist and two guitar players on almost every aspect of their setup and soundcheck. Meanwhile, he himself, had a pretty awful and flat tone. And the drummer was left to working with what the in-house sound guy recommended. Which wasn't awesome, but I understand where he was coming from in relation to everything else running in. Anyhow, I think their vocalisst could be good and the band might be enjoyable on record or a different scenario. But on stage, last night, it was painful to hear and watch. 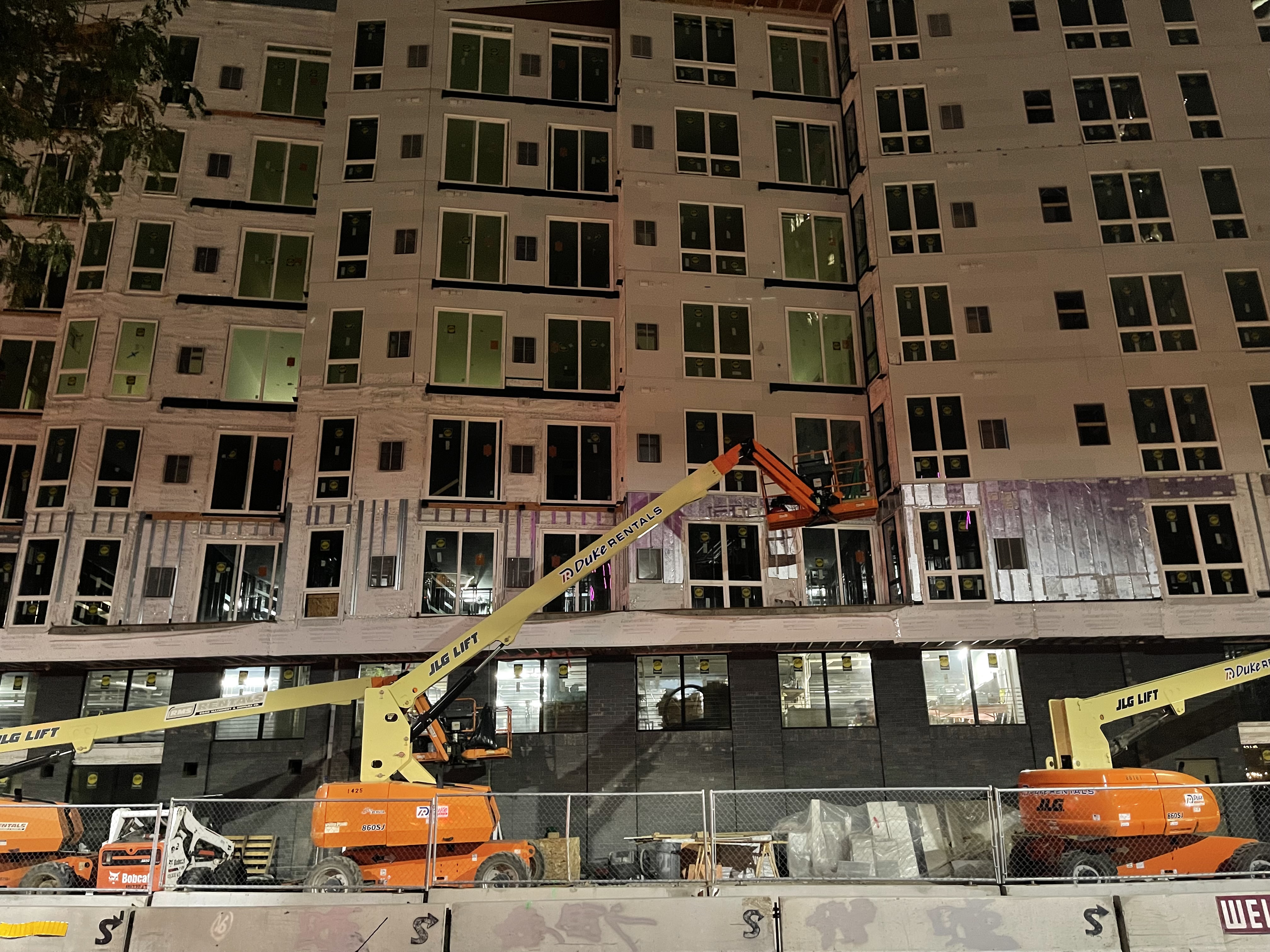 It had been six or seven years since I had been to the venue the show was at last night, and man have things changed. It was so sad to see all of the old buildings gone and even more disapearing with their replacements happening right before my eyes.

On a totally different note. After pumping X amount of dollars in The Van trying to get it running, I decided to cut my losses and let it go today. It was bittersweet. Actually. it entirely sucked. I know it was the right decision, but I took a huge loss on the whole thing. At the same time, the worry of "what's next" - both in terms of what will go wrong and what I can fix - is kind of a nice wweight to have lifted from my shoulders, I can't lie. At any rate, I gave up on updating the site for The Van very early one because it became such a shitshow so early on. I appreciate the support received in trying to keep the dream alive in the process. The dream is not dead, but clearly this van is not the one I enter my golden years in.

AND I feel very defeated, so I'm just drinking and smoking the night awy.