Chakan: The Forever Man is a Sega Mega Drive/Genesis and Game Gear video game published by Sega of America during December 8, 1992

Chakan: The Forever Man is a Sega Mega Drive/Genesis and Game Gear video game published by Sega of America during December 1992. 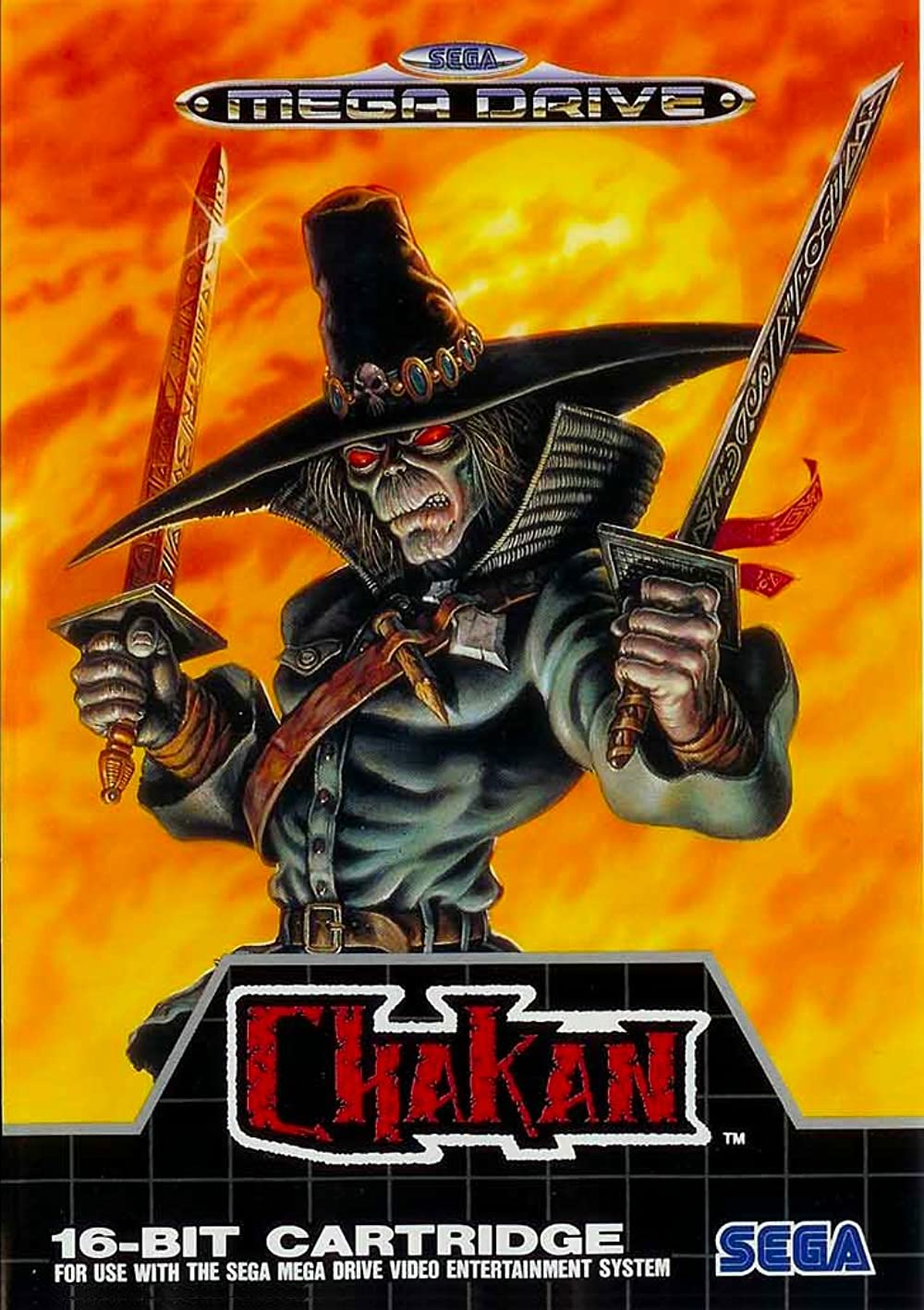 The game featured an uncommonly dark premise for the time of its release, which saw the home console market flooded with licensed platformers based on family-friendly media. 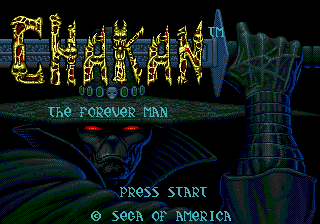 It is based upon a comic book of the same name by Robert A. Kraus and was produced by Ed Annunziata, who met Chakan's creator at a convention and was impressed. In addition to composing, Chakan is also composer Mark Miller's only work as a gameplay and level designer.

The game follows the tale of Chakan, a warrior who is so confident in his swordsmanship that he declares even Death cannot best him in battle. Death appears and challenges Chakan: if Chakan can defeat him, he will be granted eternal life. However, if Death wins, he will become Death's eternal servant. The battle rages on for several days until Chakan emerges as the victor. Death grants him his reward, but additionally condemns him to wander all of existence until all supernatural evil is destroyed. 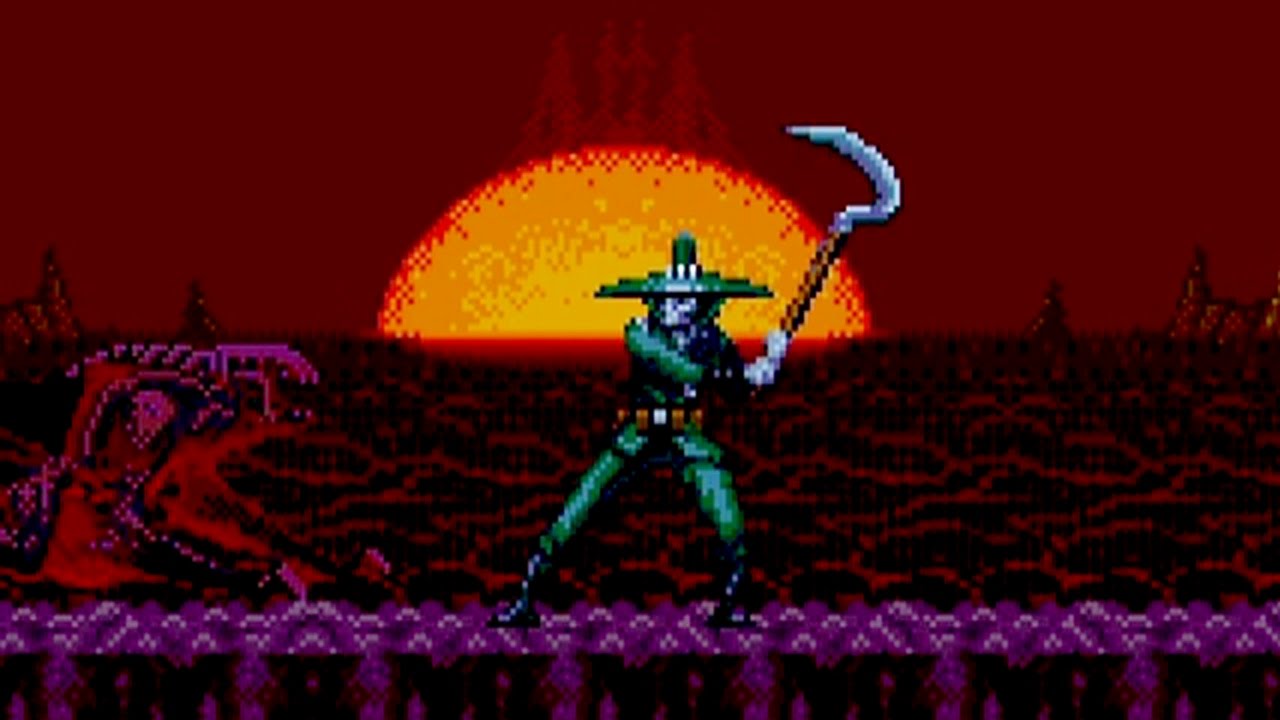 After he has slain the supernatural evils of Earth, Chakan is shown stabbing himself with his sword in anticipation of his promised death. Death replies that every star in the universe contains a planet filled with supernatural evil, so Chakan's curse remains unlifted. The player is given a single attempt to defeat one such cosmic supernatural evil as a final boss in the game; if unsuccessful, Chakan states that "rest will come another day". If Chakan defeats the boss, an hourglass background used in the plot exposition screens appears without any text, and after fifteen minutes a single line of text appears saying "Not the end". 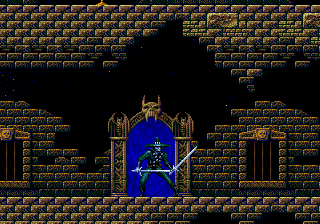 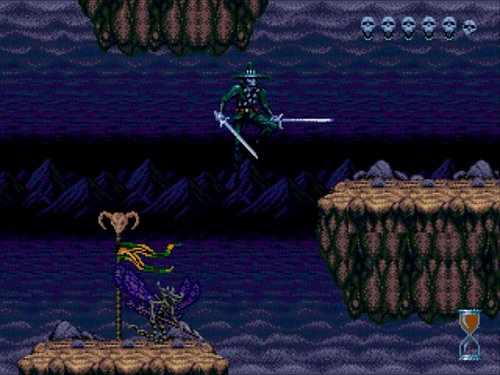 I think it's one of the greatest games ever made. 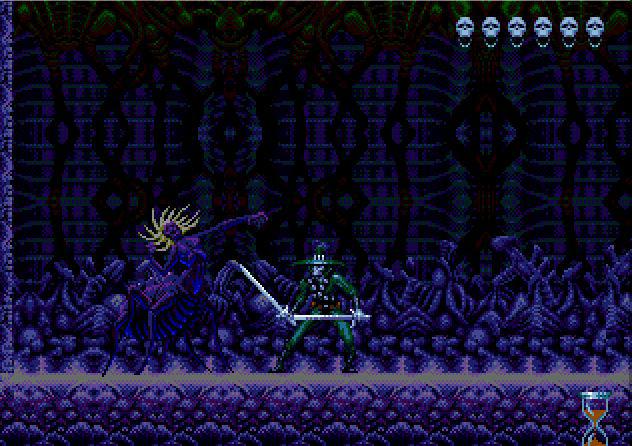 As an angsty metalhead junior in highschool, this one spoke to me. The plot was amazing and the graphics were, too. The design of the protagonist was such a refreshing ting to see at the time, a time where family friendly and cartoon style sprites were the thing at the time. I also could never ignore the similarities between the out of game and more detailed in game design of Chakan and Iron Maiden's Eddie. And you know I love(d) that.

I spent far too many hours playing Chakan for far too many years. It's amazing I managed to have a girlfriend at the time, honestly, because I was obseessed. I played a lot of this while babysitting my little brother, a very impressionable 14 years younger than I. I can't remember anything from when I was 4 years old, but my brother clearly remembers sitting next to me on the floor in front of the television while i played this game. Been cassually lookin' for a Sega Genesis I can test in person, so that I can pick this one up once more and try all over again.

Here's a review of someone who (re)played Chakan in 2022.

Here's a Chakan stamp I made.